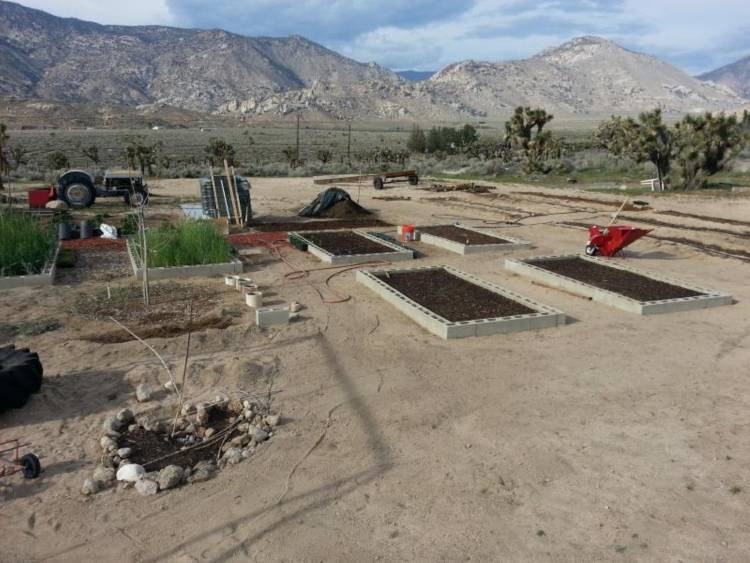 We began gardening in 2014, in the one image above you can see two of the block raised beds are all green. These pictures are all from March of 2015 other than last one which is from July.

This shows just what a difference a few months can make, the green there is winter wheat that was put into the beds as cover after the garden was done for the year. We caught the bug and wanted more so we added 4 more of the block beds plus several long beds with wide footpaths between them.

Our preference is for beds and paths rather than row gardening as this helps keep the soil the plants from becoming compacted. The dark soil in there is composted horse manure and everything else as is easy to see is pretty much sand.

The structure is the Whinery so called both because if someone is whining about the heat they can be sent there 😉 and also because our intention is to grow grapes over it. The Whinery was constructed using reclaimed wood from a 100+ year old local building my Brother and I tore down years ago. The side rails are old bunk bed frames and the foundation old railroad ties. The top is fitted with a shade cloth and wetting the ground in there helps with cooling as will the grapes once they have grown in on it.