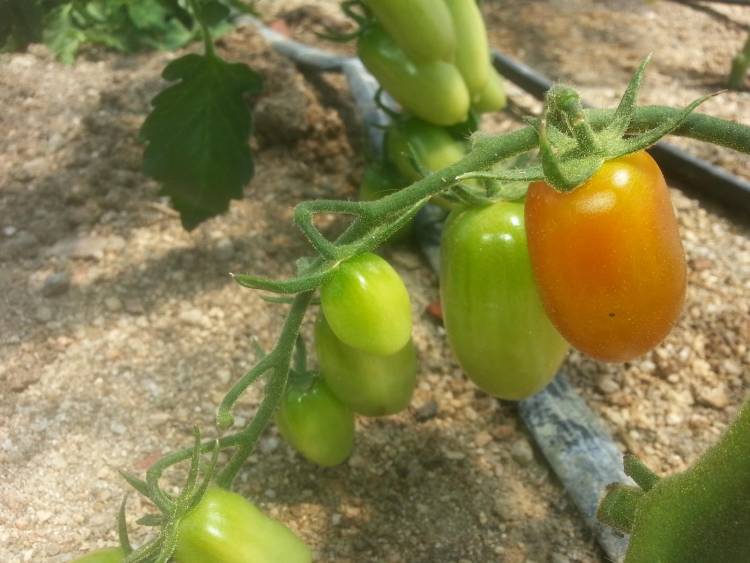 The early producers, Those first of the season plants that let us know in often delicious ways the garden season is once again upon us. It gets the fires stoked up and excitement for the year to come in the garden.

Depending on how temps and rainfall go we usually get a nice selection of volunteer greens in the garden like Romaine and other lettuces, Swiss Chard and other early greens. These cooler season crops are a category I need to educate myself better on so we can grow even more.

Starting mid April and well into May our small asparagus patch has provided us with well over a month of early harvest from the garden. Asparagus should not be cut too long as it is using up its reserves in its roots to keep sending up those shoots. When the shoots start coming up smaller it’s time to give them a rest, let it grow its ferns and rebuild those roots for next year.

These have been in here for two years now, this year we were getting enough for the two of us to have a large portion every other night with dinner and share a little with family and friends. In another year or two these roots will be lifted and spread out to increase the size of our patch. When lifting asparagus roots care should be taken to bring them up keeping as much root intact as possible and once out of the ground carefully untangle the individual crowns. They will separate easily though may take some delicate encouragement to undo the intertwined roots.

Goal is to have about 4 times as much as we currently have so we can harvest ¼ at a time collecting from 2 patches in the spring and 2 in the fall which will hopefully mean about 4 or 5 months that asparagus will be coming from the garden but none of the patches will get too stressed from over harvest.

Another semi-early provider is the artichoke, our plants are going into their 3rd year now, we lost about half of them during the winter I was unable to care for the garden and those left are no real stunners but they are producing. Here at the end of May we have already enjoyed a few and look forward to these putting out many more over the summer months. This is another permanent crop that we are looking to expand on greatly with 40 or 50 plants not being too much because who doesn’t like a home grown artichoke?

The flavor and feel of these fresh vegetables are far superior to what we generally know them as and so is the nutrient content making them all the more valuable to us. As June comes along tomatoes will start to make their way to our table. This is the earliest we have ever gotten any tomatoes and next year with the doors on the greenhouse they should come along much quicker. As with the artichokes and asparagus there is just no comparing tomatoes grown in your own garden with those from the store. The range of flavors from sweet to tart with a bold richness coupled with a firm meaty texture highlight what a tomato should be.

Another early surprise this year are bell peppers, these tiny plants have already offered up some smallish but delicious peppers. We still have some brown spot issues on them, sort of like blossom end rot but can be on the side or top. Since it occurs on the skyward portion most often it is likely sunscald but research has led me to believe its due to a deeper issue than just a sunburn. It seems if peppers have low calcium their cell walls can be weak which in turn makes them susceptible to burning. The thing is though here our soil has gobs of calcium so adding more isn’t necessarily the cure. Magnesium deficiency can appear like needing calcium and the plant does need more but is not able to take it up even though it is present. This is the bioavailability where nutrients can be present but if it is not able to move to the plant they can suffer signs of needing a mineral or nutrient that is there already so adding more isn’t the answer.

And one of the big stars of the summer garden the squash, these Black Zucchini are always huge performers in the garden and much anticipated each year for the first ones to start coming out. Fast growing and very heat tolerant these little zukes will go from just pollinated tiny fruit to monster 18” long and 4lb chicken pleasers in just a few days if allowed to grow that far. Last year there were several times when I hauled 50 lbs or more summer squash to the chickens at one time. There is never a scrap left when they are done. We usually harvest around 6” or so for our own use though they are still very good considerably larger and sometimes fun to make zucchini boats to bake any variety of foods in.

Last bit to include in this article is some green beans. With our weather that seems to go from freezing to sweltering over the course of a 1 day spring we have not quite realized profuse harvests from cooler weather crops. Between the short time from last frost to near 100 degree days and insect pressure beans have been a little tough for us. In the past aphids were a problem though each year that seems to be less concern as our elimination of chemical pesticides has allowed the predators to get their own foothold in our garden. These look like they will be ready to start picking soon and through early grazing I can confirm they are indeed yummy.